During the world war 2, existence ( astitva) of Polish people were threatened by Mighty Russia. But the Kolhapur state- a relatively small princely states in Pre independent India, came to the rescue of 5000 Polish women and children & gave them refuge in a village of Valivade.

This Musical drama, Camp Valivade, Kolhapur, depicts the interesting saga from WW 2 till Polish people returning to their homeland -As stated by Shahu Maharaj of Kolhapur -They came as refugees but left as friends of Kolhapur. 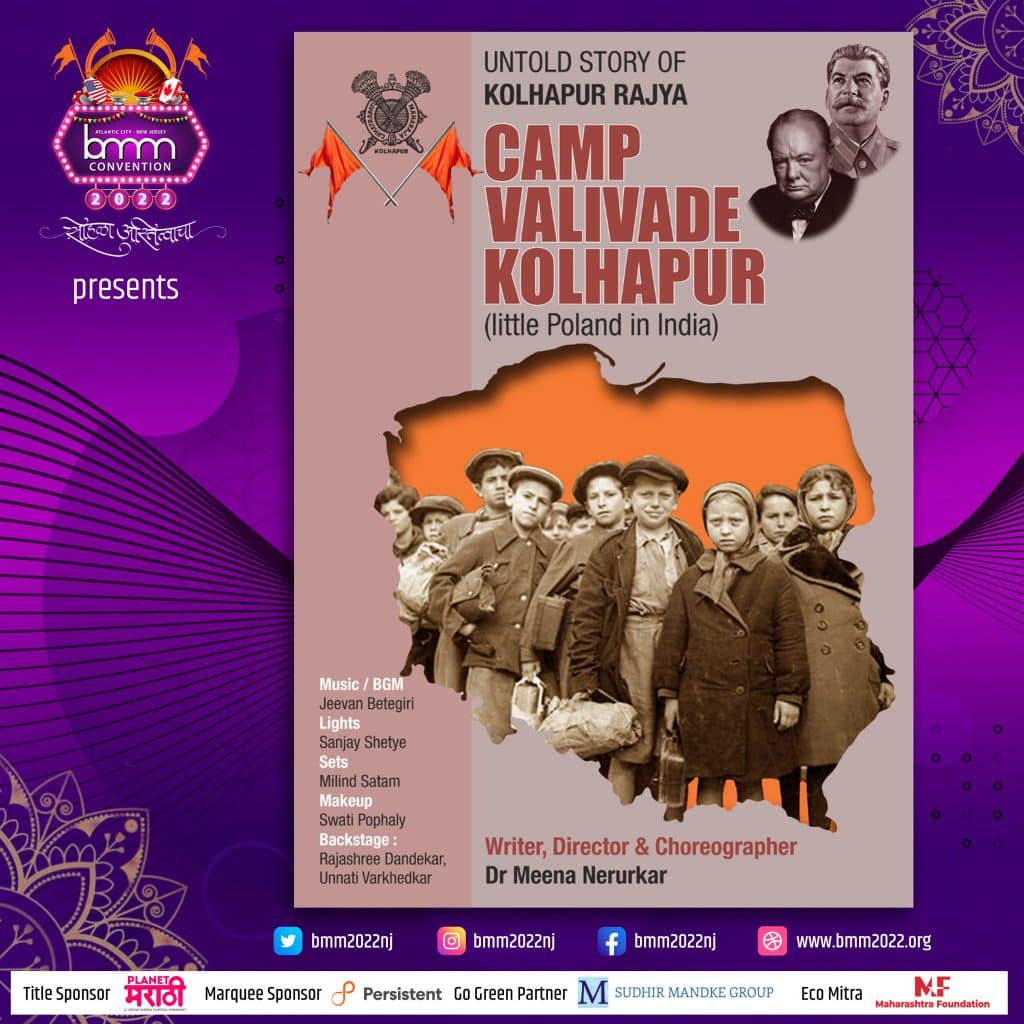